The NB24: Inspired by the Strength of a Young Paraplegic Driver

CODE41 have released their first chronograph watch after 9 months of development. Inspired by the journey of Nigel Bailly and the resillence he showed in chasing his dreams, the NB24 is an elegant swiss-made timepiece boasting a slew of rare features. 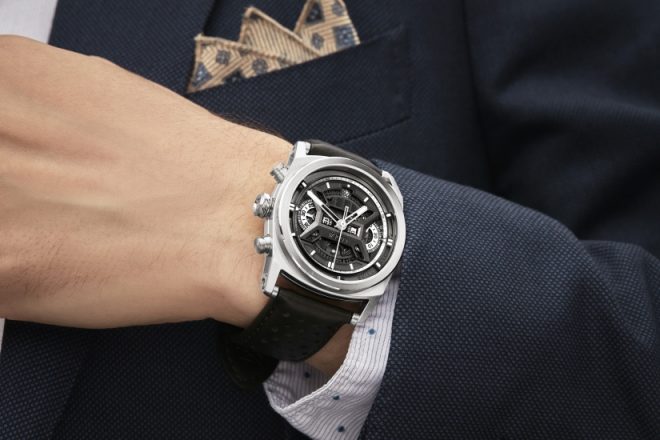 Earlier last year, we did a piece on CODE41 and their latest timepiece, designed by women for both genders. Fast forward to this year and they’ve released a new watch and are wrapping pre-orders on 25 February. This is the story of the NB24 chronograph, a timepiece reflecting the same strong character of its namesake. 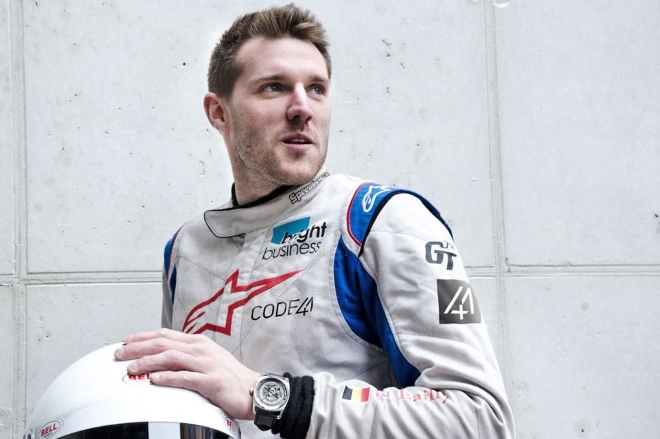 Of Strength and Passion

The NB24 was named for its ambassador, Nigel Bailly, a young paraplegic driver who had dreamed of taking part in the 24 Hours of Le Mans. When CODE41 first heard his story in 2017, they decided to support him on this arduous journey. Ever since that faithful meeting, Bailly has persisted, training tirelessly in pursuit of his goal. This June, he will finally see the fruits of his labour as he takes part in the 24 Hours of Le Mans. This same spirit of passion, determination and strength is distilled and captured in the NB24.

Following the release of their first models such as the X41 and Anomaly series, CODE41 established a dedicated community of watch enthusiasts. As incredible as their earlier models were, the CODE41 community felt that something was missing. After receiving thousands of requests from their community, CODE41 decided that it would give the people what they wanted — a chronograph complication of the NB24. 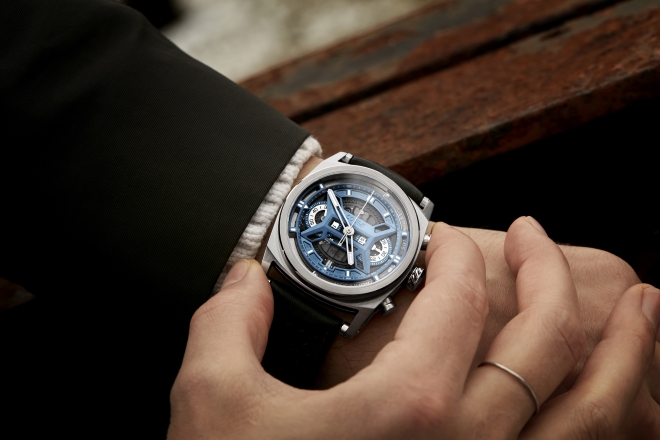 The chronograph complication is extremely popular amongst watch enthusiasts both for its looks and functionality; Image Credit: Courtesy of CODE41

Traditionally, most watchmaking microbrands avoid the integration of a chronograph in their timepieces despite the widespread popularity of the complication. For the uninitiated, a chronograph function allows users to measure short intervals of time with the push of a button. In a world dominated by quartz and digital watches, smartphones and the like, the ability to measure time has become commonplace. This has resulted in people overlooking the fact that in mechanical watches such functions are extremely complex, requiring immense technical prowess to develop and assemble. It is thus little wonder that smaller brands tend not to offer fully mechanical chronographs, opting instead for simpler complications (an oxymoron I know) that can be more easily manufactured.

However, CODE41 is not your average microbrand. In order to meet the demand for the inclusion of a chronograph in their line-up, they partnered with the Concepto Watch Factory to design a movement exclusively for their brand. Given that chronographs were one of Concepto’s specialities, they were able to achieve economies of scale on many components and keep prices relatively low.

A 3D rendering showing the movement and the peripheral oscillating weight; GIF Credit: Courtesy of CODE41

CODE41 even went the extra mile to include a feature infrequently sighted on most self-winding movements. The cornerstone of any automatic movement is the oscillating weight which swings with wrist movements, winding the mainspring. The mainspring then stores this kinetic energy and allows the watch to function without the need for manual winding. In most cases, this oscillating weight is centrally mounted and rotates over the movement. CODE41 chose to use a peripherally mounted movement that rotates around the movement. Advantages of a peripherally mounted weight include being able to design thinner watches and allowing the wearer to clearly see and admire the movement. In this case, CODE41 has even incorporated the peripheral oscillating weight into the design of the dial. This feature is normally only seen on the most expensive of watches, let alone on an affordable timepiece like the NB24.

This exclusive movement is comprised of 326 individual movements, has an accuracy of ±5 seconds per day, and holds a respectable power reserve of 48 hours.

Given the unique nature of the movement powering the watch, it would be a shame to simply take it and place it in a boring steel case. Not that there’s anything wrong with steel, the fact that it’s been the go-to choice when crafting solidly built tool watches speaks to its reliability and durability. With significant advances in technology since the introduction of the wristwatch, it would be folly not to utilise the myriad of materials available. CODE41 offers the NB24 in two unique materials: grade 5 Titanium and AeroCarbon.

The AeroCarbon used is made on-demand in France for CODE41. The manufacturing process involves compacting over 300 layers of high-density aeronautical carbon fibre under 10 bars of pressure to create an extraordinary composite material that is 2.5 times stiffer than steel.

These high-tech materials combined with scratch-proof sapphire on the front window and display case back are indicative of the watch’s strength which reflects Nigel Bailly’s strength of character in his unrelenting pursuit of his racing dreams.

The NB24 bears many of the same design signatures as CODE41’s previous models. It has the signature “CODE41” lugs and chambered skeletonised structure, the latter allowing a peek into the watch’s inner workings and adding a touch of industrial ruggedness to the otherwise elegant styling. The addition of the chronograph disks on the watch dial enhances the industrial aesthetics. The small, understated lume markers fade into the dial until they are needed in low-light conditions where they glow with fiery brilliance courtesy of high-performance Luminova.

The NB24 comes in a variety of colourways as well as the two aforementioned case materials, ensuring that there is a piece to meet every wearer’s taste. Each model is even offered with 20 interchangeable straps which can be easily swapped out without tools to match the occasion.

Swiss-Made Excellence at an Accessible Price

In order to qualify as a swiss-made watch, at least 60% of the watch’s components must be Swiss: its movement must be made in Switzerland and the timepiece itself must be assembled in Switzerland. To that end, CODE41 has achieved close to 85%, exceeding requirements easily.

The NB24 is available for pre-order now on CODE41’s website starting from $3,480. Since launching their pre-order sales for the NB24, CODE41 has been met with overwhelming demand, raising more than CHF 4.5 million($5.035 million). However, pre-orders will be ending on 25 February 2021 so hurry if you want to get one of these amazing pieces.

The Virtues of Virtual: How Executives Are Successfully Designing Remote Work and Meetings

The past year has taught us a lot about virtual meeting and collaboration, including four things we should try to continue.
Read more

By LUXURY DAILY NEWS SERVICE foto: shutterstock/PRC In the wake of the COVID-19 pandemic, millennial and...
Read more

By LUXURY DAILY NEWS SERVICE foto: shutterstock/PRC In the wake of the COVID-19 pandemic, millennial and...
Read more

To be updated with all the latest news, offers and special announcements.